Hailing from the island of Pohnpei, Federated States of Micronesia, Joshua has developed a passion and urgency to further combat climate change. Through his extensive work experience, Joshua has engaged with environmental subjects ranging from climate change mitigation, ozone protection, ocean conservation, and energy policy. By immersing himself in the many realms of the environment, he aims to better understand the correlating effects posed by global climate change.

Prior to joining CFA, Joshua had served as a climate researcher for energy subsidies and National Determined Contributions (NDCs) in the Asia-Pacific Region for the United Nations Development Programme (UNDP). He later engaged the Ozone Unit Program under the FSM National Government’s Department of Climate Change, Environment, and Emergency Management (DECEM) where he helped develop the National Implementation Plan for the Stockholm Convention and supported activities to the Montreal Protocol on ozone-depleting substances (ODS) and other super greenhouse gases.

In addition to this, he also joined the Sustainable Ocean Alliance (SOA), in which he assisted with program operations and became a Young Ocean Leader. Joshua played a role in providing key research to aid in the development of the ‘Global Blue New Deal’ which will be introduced at COP26. He proceeded to serve as an energy consultant for the the electric vehicle (EV) software company AmpUp, where he reviewed energy policies and fostered government and utility partnerships across the United States. 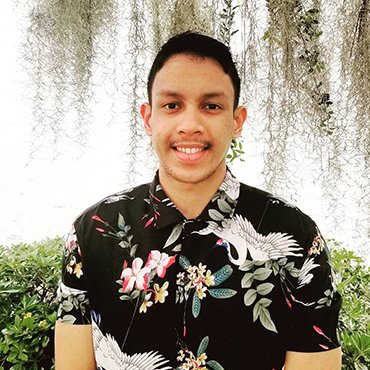