James O’Connor (Principal Consultant), focuses on mainstreaming climate risk in financial decisions and blended capital solutions for climate mitigation and adaptation measures. At CFA, he supported the national development banks of Mexico, Brazil, and Peru, and the Inter-American Development Bank to mainstream climate risk considerations into strategy and operations and advised the Commonwealth of Nations on structuring a blended finance facility to accelerate climate investments in emerging and frontier markets.

In addition to his role at CFA, James is a consultant for the U.S. government as well as several private equity groups, family offices, and hedge funds. He focuses on encouraging economic prosperity through investment facilitation and promoting sound economic policy and has expertise in deal structuring, accessing international capital markets, and emerging and frontier market investing.

From 2014-2015, James managed the $40 million Direct Technical Assistance fund of the Interamerican Investment Corporation to increase business opportunities, strengthen SMEs, and encourage clean energy and energy-efficient projects throughout Latin America. Prior to this experience, James worked with the Task Force for Business and Stability Operations of the U.S. Department of Defense to facilitate investment in private companies in Afghanistan, where his work was instrumental in bringing return-seeking capital to Afghan businesses in a variety of sectors. After beginning his career at UBS, he worked on EU-U.S. trade and economic relations at the European Parliament, where he founded and led the Global Business and Economics Program at the Atlantic Council during the nadir of the 2008 financial crisis. He was also an MBA-intern at Atico Investimentos of Brazil with a focus on electricity-producing asset acquisition.

James holds an MBA in finance from Boston University and a BS in Business Administration from Georgetown University. He is a candidate for the Chartered Financial Analyst designation (Level III) and speaks Spanish, Portuguese, and French. 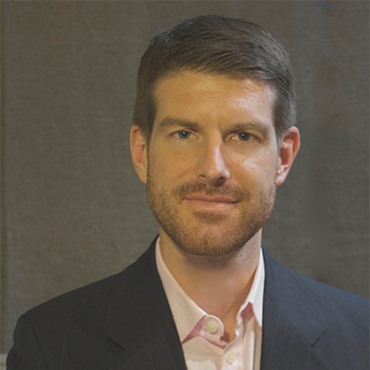